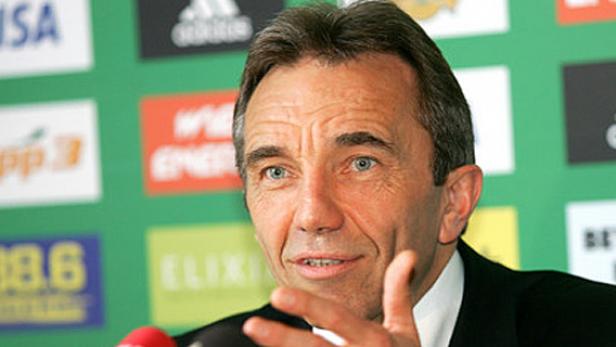 The Sport World School proudly welcomes Werner Kuhn to the team of supporters. Kuhn is an Austrian sports manager, mostly known for his managing role in the famous sports club Rapid where he spent more than 20 years. He is currently the chairman of the Supervisory Board of Bundes-Sport.

After Avram Grant, another sports manager who made a huge impact in the sports world joins the SWS team. In his youth, Werner Kuhn was an athlete – a cyclist, to be precise. His highest sports achievements were the title of the Austria vice-champion and the participation at the Olympics. Although he didn’t pursue an athletic career as a competitor, his professional path brought him back to the sport. And Kuhn made a significant mark in the sports fields.

After the athletic career, Werner Kuhn became a business and project manager in real estate and banking. In the middle of the 90s, he became a manager in charge of finances in the sports club Rapid. When Kuhn came, the club was on the verge of bankruptcy. However, his knowledge, capability, and smart managing brought the club from the mud to the stars. The famous Allianz Stadium is Rapid’s new home, and the games of the club are always sold out.

When you combine sports and business

Kuhn has several gold medals and badges of honor, which he received for his devotion and contribution to the sport. He is the perfect example of how a sports spirit and business mind combined in one person can change things for the better. All that makes us honored to have Werner Kuhn in our team, and here’s what he had to say about SWS.

“Being an athlete doesn’t mean just being skillful on the court, education plays an important role, too. Most of the time, kids skip regular school or have bad grades because they dedicate to sports. That is why I am supporting the Sport World School – online educational platform. They have high-quality programs made to fit the needs of kids who are trying to make it in sports. It’s fantastic. Children can be fully committed to sports without missing out education, because it is online. If you are a parent of a young athlete, contact SWS, I am sure they can make things easier for you and your kid.”

Curious to find out more about SWS? Check our curriculums per grade. Want to play in our team – sign up now. If you sign up by the end of January you’ll pay 1.000€ instead of 1.800€. Feel free to contact us if you have any questions, write us at info@sportworldschool.com