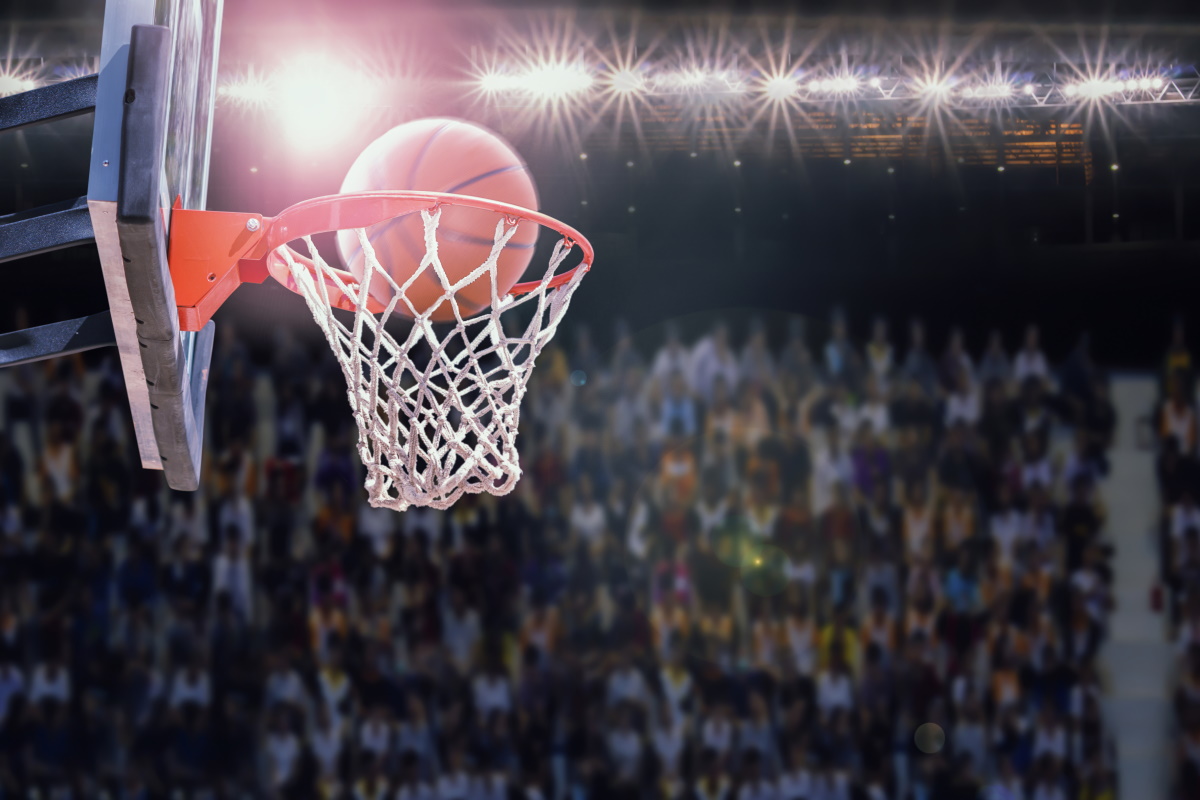 Basketball: The Global Phenomenon That Started in a Gymnasium

Basketball was invented in 1891 and exists something over a century. The sport managed to cross the path from a game played at a university, to a global phenomenon. This sport owes its name to fruit baskets because the players used them instead of hoops. Of course, the sport’s beginnings were way different from the basketball we know and play today.

The story takes us back to winter 1891 in Springfield (US). Students at the YMCA Training School who played football and lacrosse were pretty much bored during the winter. They couldn’t play their sports outside. Young athletes had to burn off the energy somehow, so the college offered them a variety of activities in the gymnasium, such as calisthenics and marching. However, nothing seems to be good enough for them.

That is when the superintendent of physical education, Luther Halsey Gulick, gave his colleagues a task. They had to come up with an indoor athletic activity, innovative and interesting enough so students would want to play it.

One of the instructors of physical education at the YMCA was a 31-year-old James Naismith. He took upon himself to come up with the solution for this challenge. The new game had to be played indoor, exciting and complex enough on one side, and on the other, it had to be something that doesn’t require additional equipment in the gymnasium. Additionally, it should be something that engages the whole team.

Naismith drew inspiration from existing sports such as both English and American rugby, lacrosse, and soccer. He came up with a game that we know as a Basketball. Naismith asked the janitor to find him two boxes, but instead, the janitor brought him fruit baskets. Hence the name of the sport – Basketball.

Naismith put the baskets on each end of the gymnasium, approximately three meters above the ground. The team had to go into the part of the opponent’s field and throw the ball in the bucket. He came up with a game plan and 13 rules about movement on the court. Each team had nine players on the court, and they wore black, full-sleeve woolen jerseys and long gray trousers.

In the beginning, they didn’t have the ball for this new game, so they used the one from football (soccer). Once the ball was in the basket, it couldn’t fall, because the baskets had a bottom. There was a person on the ladder near the basket that would take the ball out whenever a player scored the point. The game had two 15 minutes long parts and a five-minute break in between. Next year, in 1982, the first official basketball game was held in Springfield, and it was an instant success.

Students were thrilled with the new sport, and it gained popularity first in the USA where it was born, and later in the rest of the world. The end of the 19th and the beginning of the 20th century brought changes and adaptations that made the game better. For example, in the last years of the 19th century, the Naismith gave instructions on creating a ball specifically for this game. In 1906 they finally removed the baskets and replaced them with metal hoops.

The game moved outside of the US borders in the 1920s when the first international games were played, the first World Championship for Men took place in Argentina in 1950. Three years later, Chile was the host of the first-ever Basketball World Championship for Women. Basketball also became an Olympic sport. It had its first appearance in the Olympics in 1904 but only as a demonstration sport. At the Games in Berlin in 1936, it became part of the official program. In 1976 at the Games in Montreal, the Women’s basketball has its debut.

The 20th century brought the foundation of many basketball leagues, and each of them has a bit different rules that don’t affect the essence of the game. Some basketball players became so popular that they have risen to the status of rockstars. They are role models for many young athletes around the globe. Basketball has more than 850 million fans, and around 450 million people are playing the game. Among those who play basketball are men and women, children, students, and adults.

Basketball, like any other sport, requires a lot of practice, especially if you are planning on reaching the professional level. That is why children start playing this sport at a fairly young age. When a child is focused on an athletic career, the regular school can be a sort of an obstacle. The regular school has a strict timetable and schedule, and students who play sport often have to travel and be absent from classes. That leaves plenty of learning material to catch up with once they return, and it is a lot for them.

As an online school, Sport World School is solving that problem by providing students with more flexibility so they can balance sport and school, without compromising the results in any of these fields. Additionally, they get the same, if not better, quality knowledge like they would in regular school. A diploma that a student gets at Sport World School is internationally accepted and recognized and enables them to continue with higher education.

If you are interested in finding out more about our online programs for elementary, middle, and high school, and unique learning methodology developed for young athletes, contact us. You can reach us via email info@sportworldschool, and our education consultants will explain everything about online schooling.

An Online School With the Fastest Enrollment Process

Young Athletes Are Quickly Getting Used to Online School

Do Students at Online School Learn on Their Own?