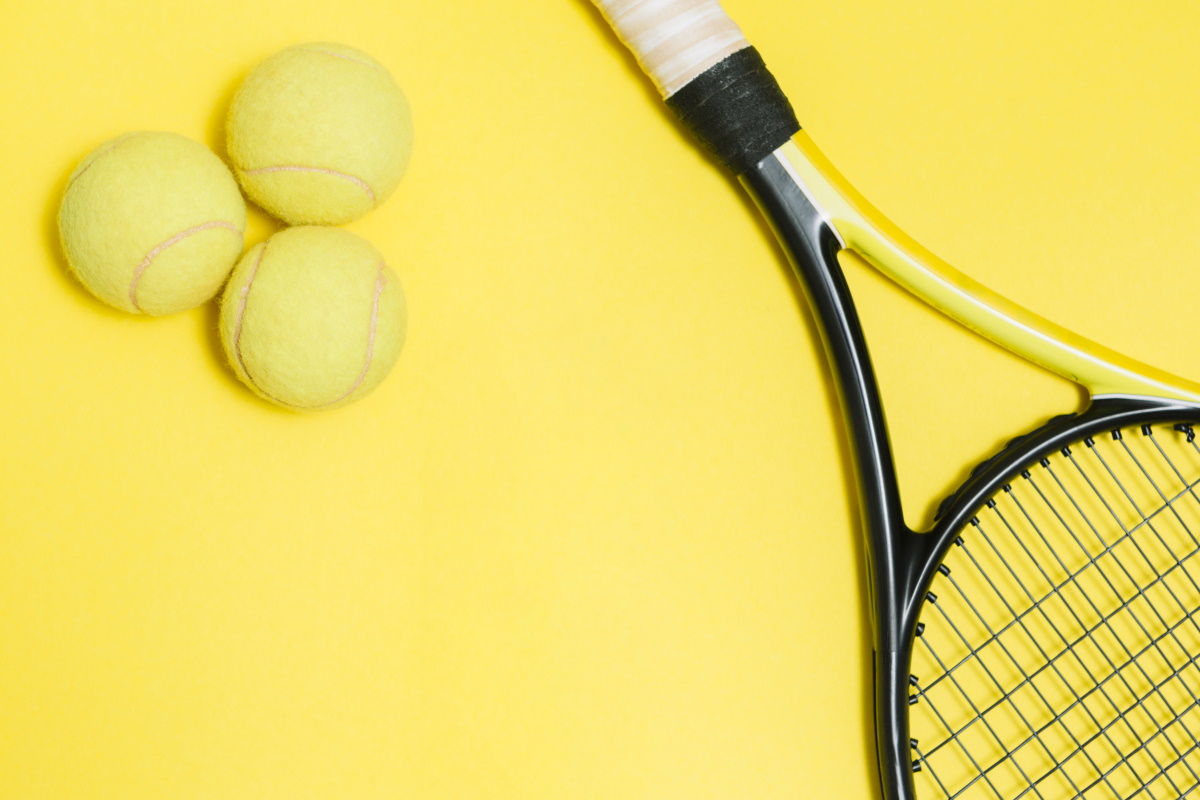 Did You Know: Tennis Was Invented in the 12th Century

Admired by millions and played by more than 60 million men and women, boys and girls around the globe – tennis is one of the most popular sports on the planet. Did you know that the origins of tennis date back to the 12th century in France? The royals loved this game, and history remembers that Henry, the VIII of England, was a huge tennis fan and player. The game, of course, went through some major changes over the years, but in its essence, it remained the same – hit the ball, and score the point.

Some indications suggest that ancient Egyptians, Romans, and Greeks played a game similar to tennis. Yet, history says that the origins of tennis, that grew up to be the game we know and play today, go back to the 12th century France. The French monks invented a fun game that they played during ceremonies. They hit the ball with the palm of their hand. The game was called “paume” from the french word that means palm. Later they even had gloves, but racquets are nowhere to be found until the 1500s.

So, in the 16th century, those who played this game started using racquets were made from wood and gut strings, while the balls were made from leather and cork. By that time, this ancient form of tennis got outside France’s borders and became popular in England.

Before tennis came in, people in England loved to play croquet. However, tennis took the throne from the croquet and started its domination. It was so popular that even the royals played it. The history remembers that both Henry VII and Henry VIII were passionate tennis players. Some evidence shows that they built more than 1000 courts all over England. Those were all indoor courts, and tennis was an indoor game at that time. Of course, the rules and the way the game was played back then have nothing to do with how the game is played now.

Why Tennis Is Called That Way

Before we go back to the part of the history when tennis moved from indoor courts to the outside, let us tell you how it got its name. We have to thank the French for the invention of this game, but they are also responsible for its name. The name Tennis comes from the French word “tenez!” which meant “it’s coming.” Because that what the players yelled to their opponent when they prepare to serve.
Tennis Moves Outdoors

In the 19th century, tennis became an outdoor sport. The person who contributed the most to this huge change was Major Walter Wingfield, who invented a game called Sphairstrike, a Greek term that means “playing ball.” Wingfield’s game was played outside on a court in the shape of an hourglass and covered with grass. Moving out brought tennis bigger popularity. The sport became popular in Europe, the US, and China. Some people consider the game of Sphairstrike to be the forerunner of the tennis that we know today.

When people started playing tennis outside, some changes had to be made in terms of the equipment used. For example, balls were made out of vulcanized rubber, which made them more adaptable to the outdoor conditions. Soon after the grass, tennis courts started using other surfaces, such as hardwood, clay, concrete, and acrylic.

The surface on which game is played also plays a huge role. Some players are better on a grass court, while others feel more comfortable and secure on clay. Even some of the world-class tournaments use different kinds of surfaces. Wimbledon is played on grass, but Australian open on the other side is played on hardcourt. French Open is one of the rare tournaments that is played on a clay court.

You have probably heard that some people refer to tennis as a white sport. That is because, in the past, tennis players were obliged to wear only white color. Actually, the attire of tennis players also went to some changes over time. In the 19th century, men who played tennis wore hats and ties, while women wore clothing that included corsets and bustles. Yes, it was very uncomfortable.

Players had to follow the white dress code well into the 20th century. Another reason why tennis players wore white attire was that the color represented high-class. In the beginning, tennis was only for rich people. In the 60s, the rules relaxed, and middle-class people started playing this sport as well.

Tennis got back to the Olympic program in 1968 in Games in Mexico, but only as a demonstration sport. Then it officially came back as an Olympic sport in 1984 in Los Angeles. It was when 15-years old Steffi Graf took the gold medal. Women were not allowed to play tennis at the Olympics until the 1900 Games, which took place in Paris.

Reaching the Stars in the 20th Century

The golden era of tennis happened during the 20th century. It’s when the sport became massively popular, not only in terms of fans but also in people playing it. Tennis gained global popularity, and it became commercial. Besides the Olympic Games that we have mentioned, on a professional level tennis players compete in four Grand Slam tournaments – Australian Open, French Open, Wimbledon, and US Open. There are numerous tournaments on the national and international levels as well.

Tennis continues to be one of the most popular sports in the world. According to some estimations, around 60 million people are playing tennis worldwide, some professionally, and others as a hobby. Some tennis players have risen to the status of rockstars, idolized by children, and older audiences.

The competition in tennis is fierce. Athletes must start playing from an early age, and they have to be truly dedicated to training if they want to achieve good results and reach the professional level. Competitions for children begin at their tender age of 10.

Young tennis players who are dreaming about a professional career have to invest a lot of time in this sport. For the majority of them, the regular school isn’t a good option because of its strict schedule. Don’t believe us? Borrow a page from the book of some of the world-famous tennis players – Maria Sharapova, Venus, and Serena Williams. They were homeschooled because they needed more flexibility so they could focus on their athletic career.

Having in mind the needs of young athletes, we founded Sport World School. A special department of international online school Education World Wide. SWS brings students the same high-quality knowledge though the American curriculum, as EduWW. The only difference is in the methodology. The unique learning methodology created for SWS is more in sync with the needs of young athletes. We help them acquire high-quality education while they are building a tennis career.

If you are curious to find out more, feel free to contact us at info@sportworldschool.com. Our education consultants will gladly answer all of your questions.

What If English Is Not Your Native Language?