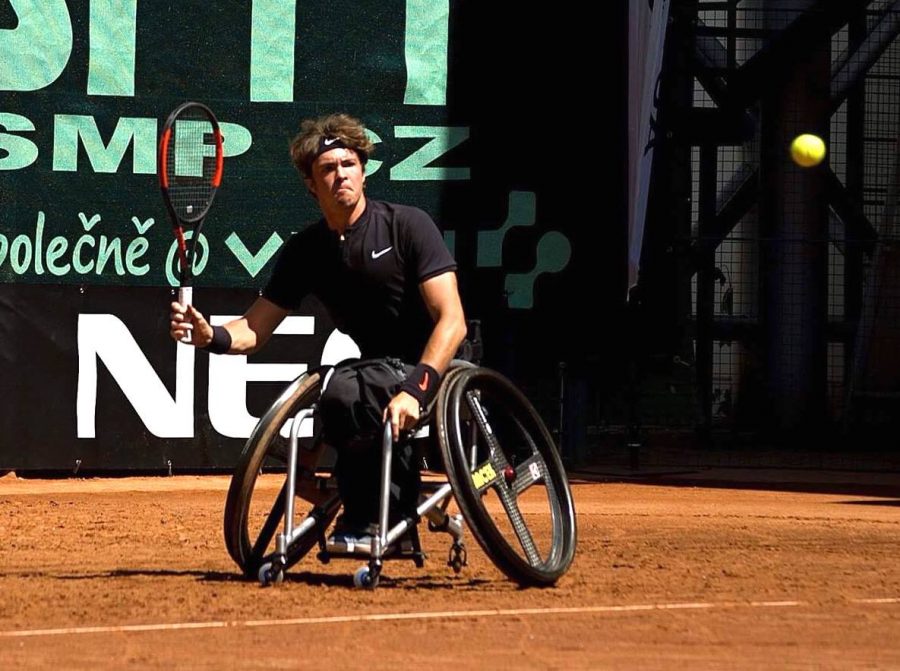 The Sport World School proudly welcomes Austrian Nico Langmann to the team of supporters. Nico is a 23-year-old wheelchair athlete whose dedication to tennis indeed confirms that no matter what, persistence and determination are the keys to success.

Nico is paralyzed from the hips down since his early childhood as a consequence of the car accident. But, he never saw his disability as a limitation. Langmann’s love playing sports, and Nico participated in every football game his older brother played.

He got interested in tennis as a young boy, and soon it became more than just a hobby. That prompted his father to find him a coach. Dedicated to the core, Nico practiced tennis ten hours every day. Eventually, he became a professional player as a teenager. Today he is fully engaged in the ITF World Wheelchair Championship.

Nico’s dream is to enter the world’s top 8 ranked players and to qualify for the Grand Slam tournaments.

Here are his thoughts about online schooling.

“When I was younger I used to learn languages online while I was away for tournaments, and nowadays I am even doing an online study program for business, which is the only possible way for me of having an education, due to all the traveling. I think online schooling can be of help for everyone, and I think that it will be way bigger in the future. But of course, in systems where people with disabilities don’t have unlimited access to education, it can be very beneficial.”

Find out More About SWS

Explore our curriculums per grade for elementary, middle, and high school. We are accepted worldwide. Our diploma also allows you to apply for a scholarship at the colleges that are competing within the NCAA. If you want to join our online school, you can sign up here. Have a question for us? Feel free to write to us at info@sportworldschool.com.

Online School Is an Ideal Solution for Young Athletes

What Does It Mean to Be an Olympian?

Nico Langmann: There is always a way to get happy, no matter the situation